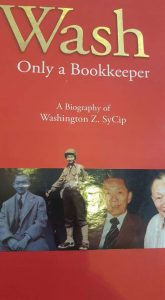 At last, after all these years I met someone I can give my highest accolade to: that I would want to work for him.

I am an incorrigible entrepreneur, so used to blazing my own path. If there is not a single bone in me that could march to somebody else’s beat, it is simply because I have never met anyone whose strength of character is equalled by both uncommon intelligence and uncommon capacity to be inflamed by mission. Here is the man.

He built Asia’s pre-eminent audit and management services firm equal to the world’s best, then expanded it as a platform for growth, innovation, vision and service to an entire nation, always balancing it with a regional and global cause that was seared to his humanity. He grew and innovated not for the sake of growth or innovation (as so many misguided souls do), but by building from strength to strength and keeping an honest eye and ear to genuine needs sprouting all around him. He was Asia’s visionary, statesman, ambassador long before the world had any hint of the coming and now incumbent Pacific century. And he was to the global manor born, his heart and mind so instictively attuned to the greater context and bigger picture.

To me though, his summa cum laude is that all along the way he brought so many others along – not just that he treated tens of thousand of employees so well but that he did not descend into parochial feudal benevolence that always cycled back to his patronage or to him being boss (as so many misguided souls do). No, this was a man who made so many others legendary leaders in their own right, and then when country and universe demanded it, he let them go, free to serve a higher cause than his. How many of our best and brightest technocrats who went on to serve in government and business in the last 50 years came from SGV. And how many tens of thousands more rose up through AIM.

Thanks to another great man, Junjun Capistrano, for lending me this book. I now entitle it In Search of Wash – because I haven’t actually met the man. What I’d give to meet my new idol.