Is this the focal point and organizing principle of every founder’s journey?

The Discerment of Gifts?

Today’s reading was Abraham willing to sacrifice his only son, Isaac. 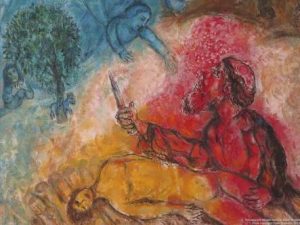 A man willing to give back the greatest gift given him, and in so doing he realized, far beyond his wildest imagination and ambition, the greatest extent and transcendent power of that gift.

So it is with each one of us, and particularly poignant for founders.

Because your gifts have exponential impact as inumerable as the stars. Like Abraham.